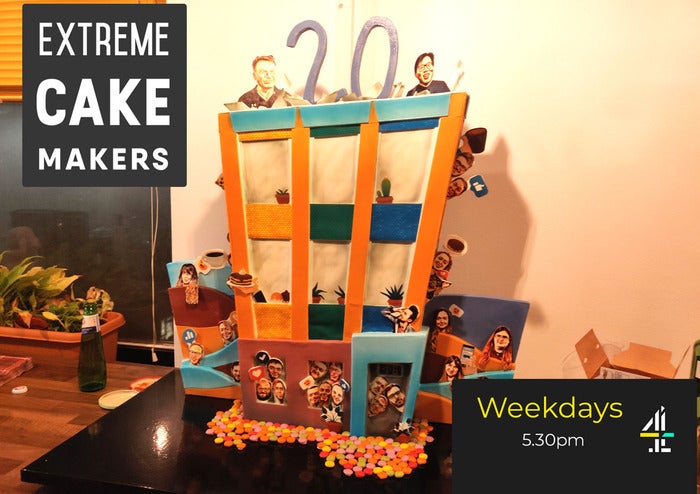 Did you see us? We were so thrilled to be featured on Channel 4’s Extreme Cake Makers on Thursday 18th April. Here’s the backstage gossip behind our exciting TV appearance!

The year was 1998, and a young Nigel Davies was working in a garage on the earliest iteration of an intranet platform, with little more than a space heater to keep him warm. Fast forward 20 years, and that intranet platform is now an integrated digital workplace used by customers all over the world. Pretty cool, huh?

So obviously we had to celebrate this amazing achievement with something big. And we mean big.

Claromentis CTO Mike Christian recruited the help of his wife Michelle Wibowo (who just so happens to be a world-renowned cake artist) to design and bake an enormous cake to honour 20 years of Claromentis. Not only that, the cake and big reveal would be filmed for Extreme Cake Makers – all the while kept secret from Nigel and as many Claromentis staff as possible.

A cake to celebrate 20 years of Claromentis needed to capture everything that makes us who we are. We’re talking technology, innovation, our award-winning company culture, our people, our brand, our charm… the list goes on!

Of course, no task is too small for Michelle, so we had every confidence that she would be able to bake a cake that combined all of these Claromentis ingredients (see what we did there?). The biggest problem was getting the cake, camera crew, and production staff into the office without Nigel seeing… 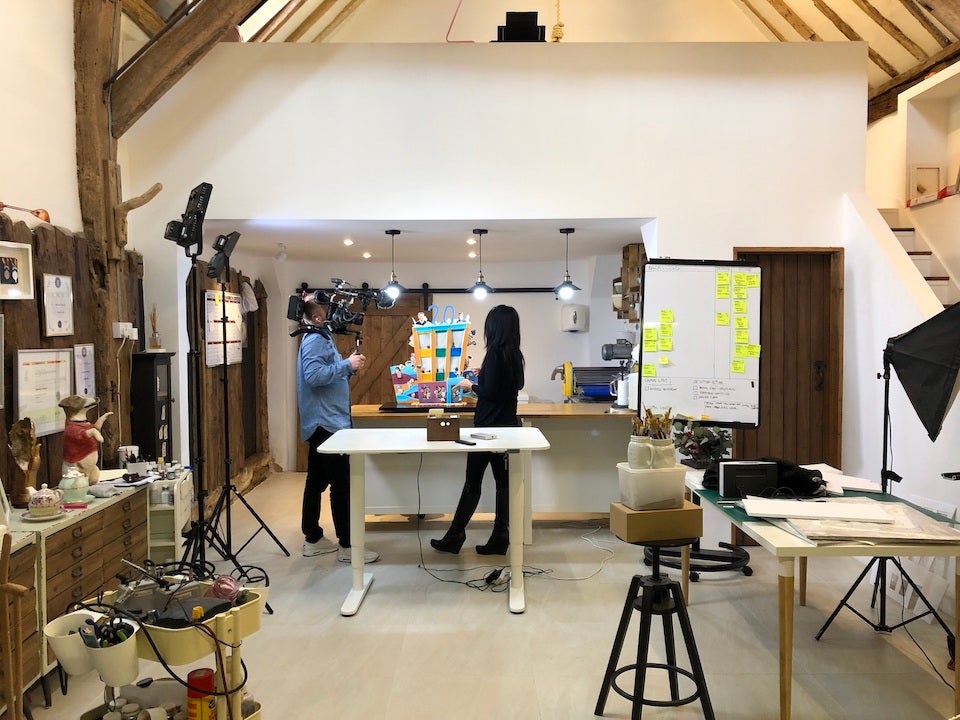 Fake meetings and the big reveal

So how were we going to keep Nigel away from seeing a giant cake, cameras, and loads of extra people? With a fake meeting, obviously!

Cue the longest “should-have-taken-5-minutes-but-deliberately-took-an-hour” meeting ever. Just as the meeting couldn’t be prolonged any longer (it was getting slightly weird and suspicious) a knock at the door told us that everything was ready.

A stunned Nigel entered the office breakout area to a room full of excited Claromentis employees, cameras, and the cake. Standing at over 2 feet tall, the cake was a masterpiece of chocolate and vanilla sponge, ganache, and fondant that, together, formed a cartoon replica of the Claromentis office. Photos of Claromentis staff (and dogs) printed on sugar paper adorned the cake, with Nigel and Mike perched on the very top like proud parents. But the surprises didn’t end there! The big reveal (L – R clockwise): Delilah the dog can’t contain her excitement; the chocolate quarters of the office have been demolished; and proud Claromentis parents Nigel and Mike top the cake.

The lights went out, and a series of videos about office life were projected onto the “windows” of the cake. Clever projection mapping technology gave the effect that real Claromentis employees were working within the cake itself, making the whole thing come to life. 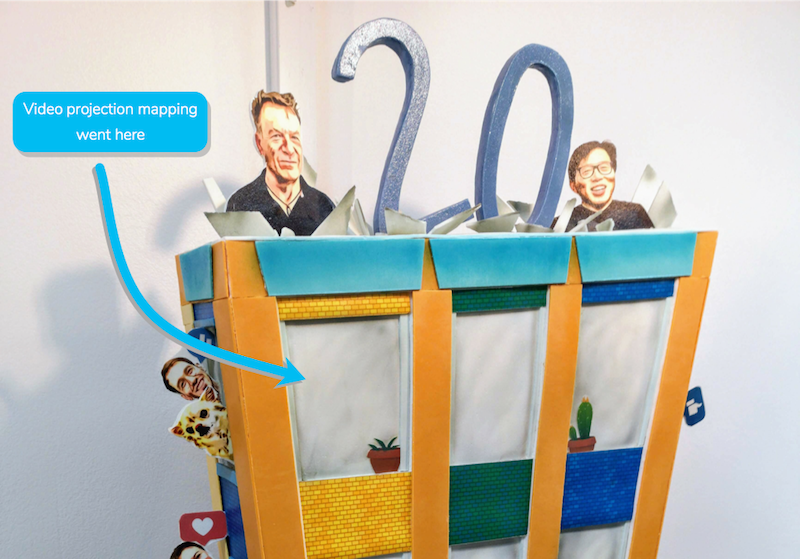 After such a successful celebration of 20 years in business, the only question now is how do we top that for the next anniversary?