Flexible and remote working are slowly becoming the norm thanks to advances in digital workplace technology and the growing evidence that the 9 to 5 is no longer fit for the 21st century.

A working practice that hasn’t quite caught on with the same level of enthusiasm – yet – is the four day working week. This sees staff working less than the typical five day week but without a reduction in salary, a move that some businesses have adopted with extraordinary success.

The businesses who made the four day week a success

Microsoft Japan recently trialled a four day working week, and the results made headlines worldwide. Not only were employees happier (and who wouldn’t be after an extra day’s rest?) productivity jumped by a massive 40% too.

The experiment ran throughout August this year, giving all 2,300 staff five Fridays off without decreasing pay. During the four day working week trial, employees took 25% less time off, electricity consumption reduced by 23%, and printer usage was down by 59%. 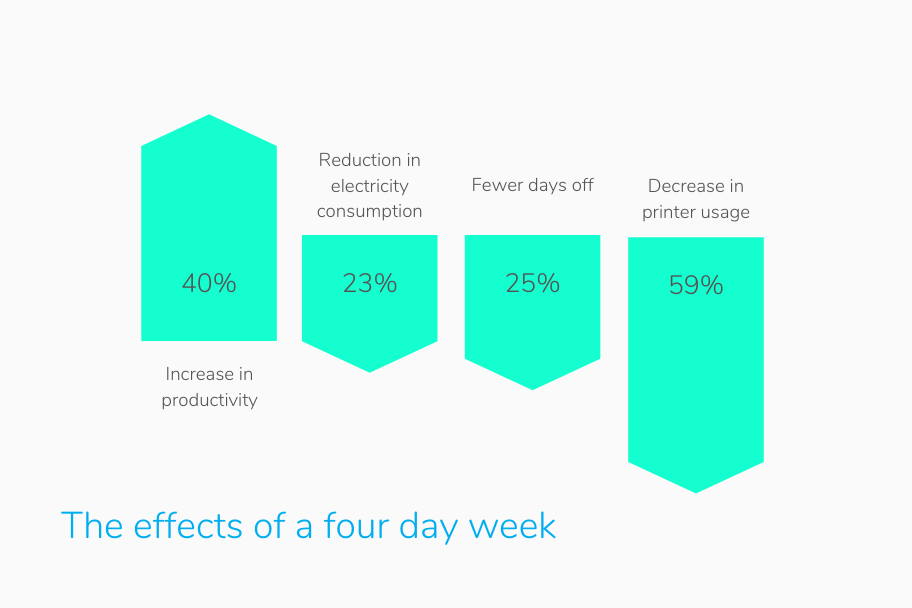 This isn’t the first time that the benefits of a four day working week have been uncovered. Earlier this year, Henley Business School surveyed over 505 UK business leaders and 2,000 employees to understand the impact of a four day week. Those who had already implemented a four day week reported improved employee satisfaction, reduced employee sickness, and savings of almost £92 billion. The four day work week increased productivity too, according to 64% of employers, with 63% saying there was also an improvement in quality of work.

In March 2018, New Zealand Trust company Perpetual Guardian ran an eight week trial to test the productivity, motivation, and output of its 240 staff during a four day working week. They found that stress levels were down by 7%, and work life balance improved by 24 percentage points. Jointly overseeing the trial was Jarrod Haar, human resources professor at Auckland University of Technology. He said: “Supervisors said staff were more creative, their attendance was better, they were on time, and they didn’t leave early or take long breaks.”

The four day week encourages staff engagement and loyalty too. Founder of Perpetual Guardian Andrew Barnes, who spearheaded the four day week trial, explained how a shorter working week changes staff behaviour for the better, improving productivity and increasing output. He added that a four-day week “gives you all the benefits of work-life balance, [and] a healthier, more loyal, more engaged staff.” Everyone at Perpetual Guardian now enjoys a permanent four day week. 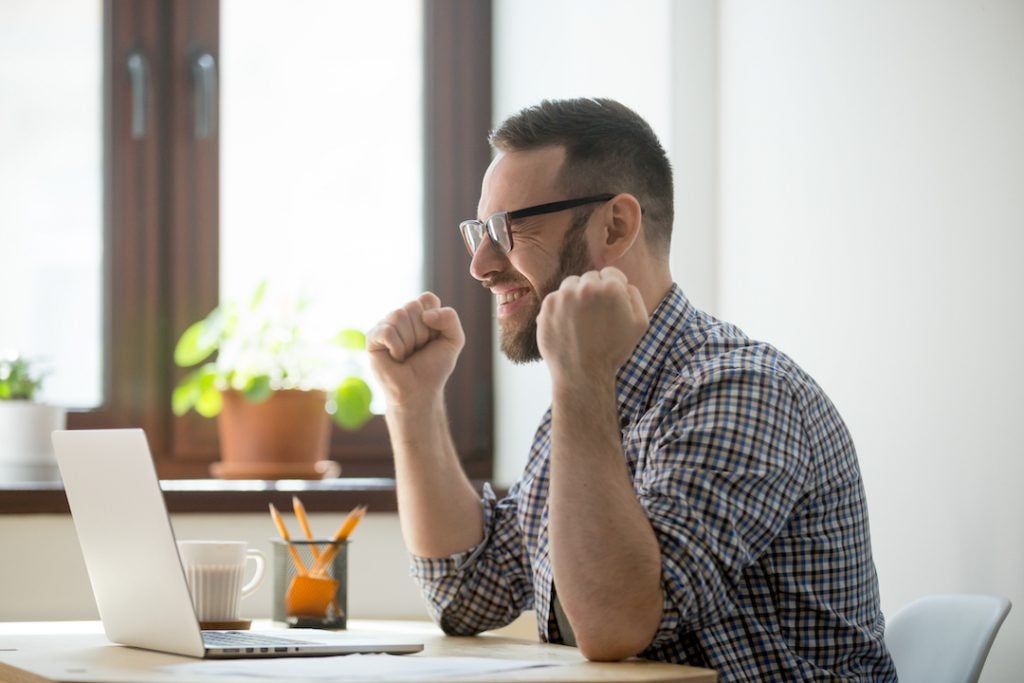 It seems there’s plenty of evidence to suggest that a four day working week is the utopia that employees and employers alike have been waiting for. But unfortunately it may not work for every business model.

The impracticalities of a four day week

Companies that require a 24/7 presence, such as healthcare providers, could suffer from prohibitive staff costs if they opt for a four day week. A retirement home in Gothenburg, Sweden, trialled a shorter working week over a two-year period, where staff worked fewer hours for the same salary. To cover the loss of time, 17 new nursing positions were created at a cost of $738,000. The trial was a success, with happier, healthier, and more productive staff, and lower unemployment. But the extra cost was too expensive – so the four day week didn’t continue. 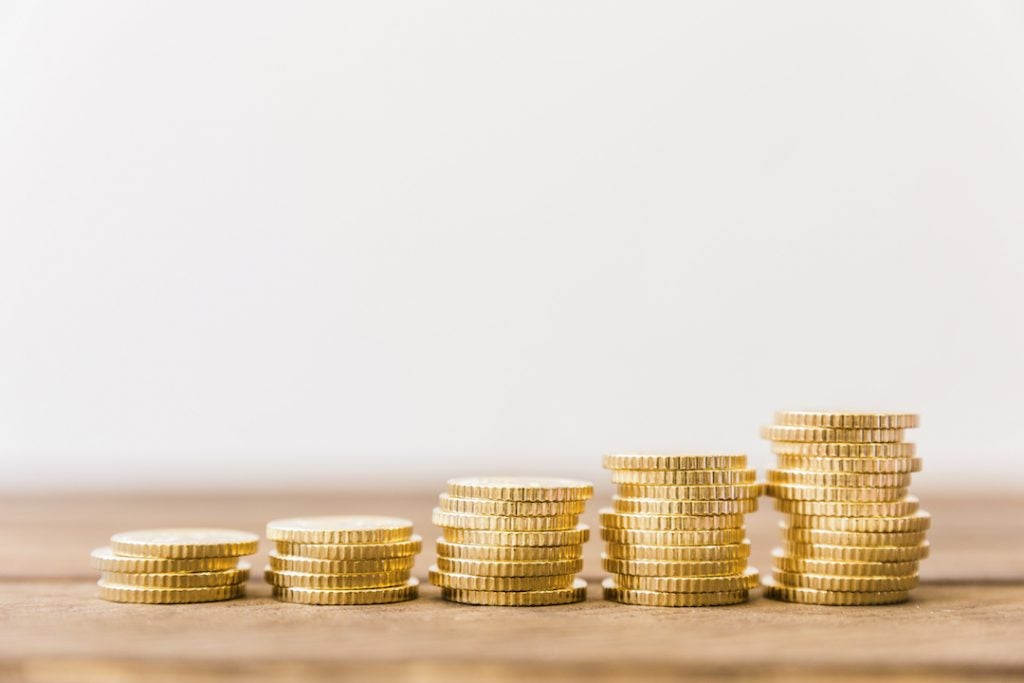 There’s also the argument that a four day week would simply result in people working for five days anyway, because some jobs require that amount of time to get done. In France the working week is 35 hours – five less than the UK average – yet many are working longer until the work is done (though they are compensated with overtime pay).

Some may confuse a four day week with compressed hours – working the same full-time hours over fewer days – which results in longer days and can actually reduce productivity and employee engagement. So it’s vital the four day week is understood to mean fewer working hours, so that those who are trialling it can achieve the results they’re looking for.

Is the four day week achievable?

Many businesses have made the four day week a success and reaped the rewards as a result.

If you’re considering it in your own business, start by assessing if it’s a viable option and consult with your staff to gauge reactions and understand if it’s something they actually want. Sending an anonymous survey or creating a dedicated internal social media channel is a good way to encourage and collect feedback.

If the feedback reveals that the four day week just isn’t feasible, consider other flexible working options. Remote and flexible working opportunities are at the top of employees’ wish-list, bringing benefits such as reduced stress, increased productivity, and better work life balance. So if you’ve not yet capitalised on this, or have tried and failed to make it work in the past, now’s the time for a rethink.

On the other hand, if a four day week looks achievable for your business, trial it first before jumping straight in and rolling it out company-wide. A four day working week could be an expensive risk if it’s implemented hastily, so testing the waters first is sensible. You could even reduce the working week by a couple of hours to begin with, to see how it affects output and productivity.

How your staff react and adapt to the change in working patterns will influence its success too. Barnes suggests giving employees “plenty of time to think about how they can work differently and encourage them to come up with their own measure of productivity.”