According to a 2018 McKinsey report, only 26% of workers in the tech industry are women. That number decreases as you move up the management hierarchy, with only 11% of senior roles taken by women. In the UK specifically, the disparity is even worse; just 17% of women work in the tech sector.

Such a large gender gap in the tech industry begs the question: how did this happen?

Studies have shown that the gender gap in technology starts early. PWC report that the gap develops at school, continuing throughout girls’ and women’s lives. Like a lot of things, if the seeds of encouragement or discouragement are sowed early on, it can be difficult (but not impossible, of course) for things to change further down the line. So if girls are not actively encouraged early on to pursue an interest or career in technology, then they may not consider it be an option for them. As Jeanne Meister of HR advisory firm Future Workplace so succinctly puts it: “What’s really shocking is that [women’s] consideration of an IT career decreases the older they get. That says to me, that they have intellectual curiosity about technology, but it’s beaten out of them between grammar school, and by time they get to high school.”

Lack of awareness of IT careers can also go a long way in explaining the technology gender gap. A study showed that once girls had been given more information about their career options, 53% of them were encouraged to consider IT as a viable option. Without this vital information, less than 25% of girls saw IT as a career path.

The gender gap is harmful to everyone

There’s no doubt that a gender gap in IT, or any industry, is harmful to women. Fewer opportunities, lack of career progression, increased sexism, and a smaller pay packet are just some of the consequences of the gender imbalance.

But the gender gap isn’t a women-only problem. It affects everyone. A gender imbalance in the workplace means less innovation and creativity, a lack of diverse perspectives and approaches to solving problems, and a danger of perpetuating an echo-chamber-like company culture. None of these lead to a forward-thinking, successful, cutting-edge business.

How can we improve the gender balance in the tech industry?

Improving the gender balance in the workplace starts at the beginning – the recruitment process. Will Emmerson, Head of IT and Operations at Claromentis, found that it was initially difficult to find female applicants for a new technical role: “I think the toughest challenge is changing stereotypes and making these roles appealing for female applicants”. After involving the wider team to rewrite the job application with more gender-neutral terminology, the number of female applicants for the role rose dramatically.

Challenging stereotypes is vital for changing the gender imbalance, and something that everyone can help to address. “Sharing your own perspective in an otherwise one-sided conversation promotes change and shapes the work space for the greater good”, says Hannah Door, Customer Support Assistant at Claromentis.

Promoting learning and development for all is also key for nurturing female talent in the tech industry, both at the beginning of their careers and throughout. “Most formal avenues of computing education are still very male-dominated”, says Chris Andrew, Lead Developer at Claromentis. “Free, non-profit programming workshops, such as Codebar, are dedicated to enabling people that are underrepresented in the tech industry to learn programming in a safe and collaborative environment, and to expand their career opportunities.” 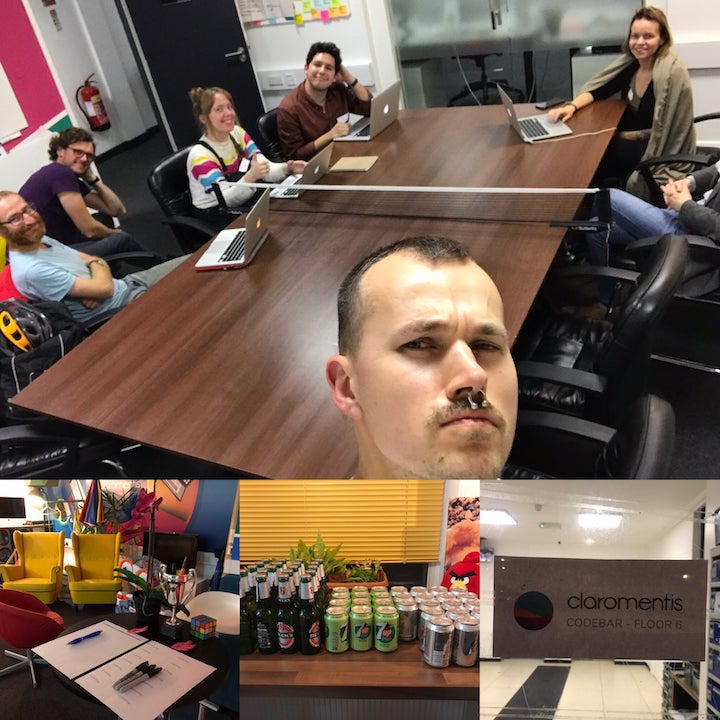 At the end of the day, gender shouldn’t determine whether someone will or won’t be good at their job. What’s important is the unique skills and experience that an individual can bring to the table – regardless of gender. It’s only when you have a balanced and diverse team of different genders, backgrounds, cultures, and experiences that you can unlock the most creative and innovative solutions.